Mexican Salamanders Arrive at the Academy!

The Axolotl, also known as a Mexican salamander or a Mexican walking fish, are amphibians which live underwater. Nottingham Academy has gratefully received the Axolotls from the University of Nottingham where they are bred for scientific research due to their ability to regenerate limbs.

Both secondary sites of the Academy have a pair of the beautiful creatures. The pair who now resides at Greenwood Campus have been named Darwin and Cytoplasm, the pair at Ransom Road Campus were affectionately named Ant and Dec by Year 7.

The Axolotls now live in the science labs of each site, where they can be viewed by pupils and other Academy staff. They are looked after by the science team, who monitor their habitat regularly to ensure their tank remains the right temperature and with the right amount of light. Axolotls grow to between 6 – 18 inches and generally live for 10-15 years in captivity. They require a large tank which is regularly cleaned and are fed salmon pellets.

In the wild axolotls can only be found in one place, the Xochimilcho Lake in Mexico. Unfortunately due to the increasing urban spread of Mexico City the lake is reducing in size, making the axolotl an endangered species. Luckily they are bred easily in captivity and can be kept as pets or studied for scientific research.

Axolotls can be found in a variety of colours including black, grey, golden, albino, white with black eyes, and other colours. In the wild they are mainly the nearly black axolotl. Darwin, Cytoplasm, Ant and Dec are all pink!

As well as being an interesting species to look at, learning about axolotls supports the science curriculum at Key Stage 3 and Key Stage 5, previous GCSE Biology papers have included questions about axolotls.  As well as a wonderful species to watch and study they will help our pupils discover another species, one which they may never get to see outside of the Academy environment. 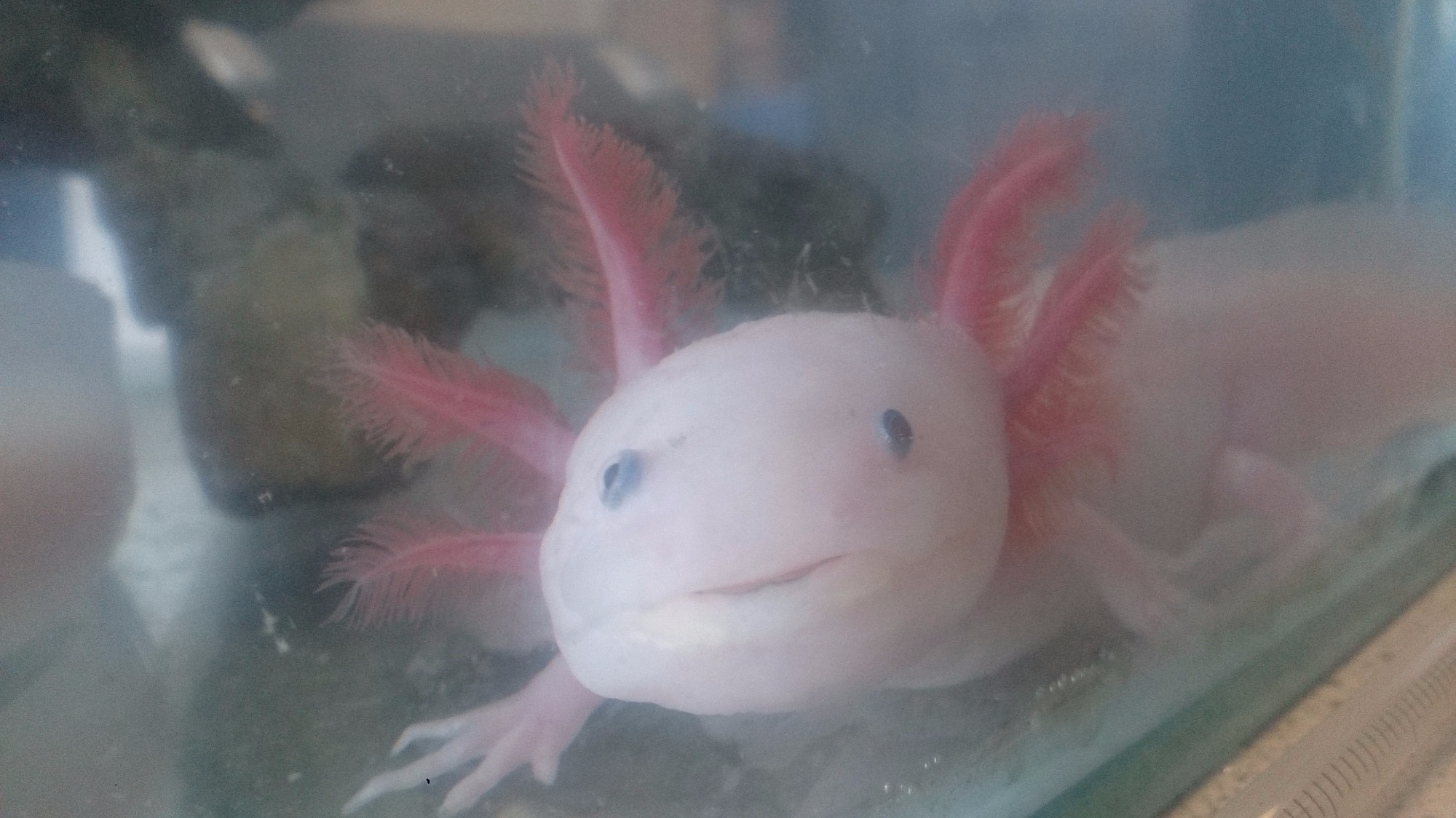