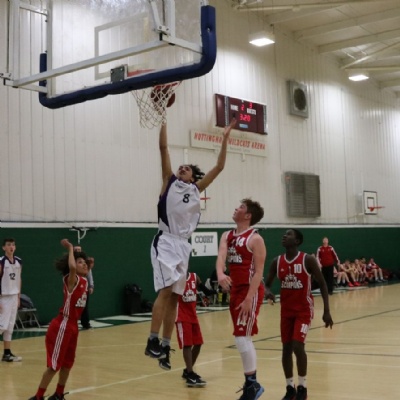 The season is now fully underway for our student athletes, with 3 games across 3 age groups last week.

A double header on Tuesday saw both our U'16 Girls and U'17 Boys face off against Rawlins Academy. The U'16 (Year 10 and11) Girls had a choppy start against Rawlins team, the first half being a back and forth affair for both teams.  The Academy took a lead for good at the end of the 2nd quarter behind Tasmin Hickling's shooting and Mariam Olawoyin's defence and drives.  In the second half Nicole Sobel blew the game wide open with some suffocating defence and full court drives, as The Academy went on to a twenty point win.
Final Score: 67-44

The U'17 (Year 12 and under) Boys faced a young Rawlins Academy team in their first game of the season.  The Academy boys got off to a flying start, playing excellent defence leading to a succession of layups at the other end.  The Academy continued their play through the first half, looking strong throughout.  The team slacked off a little in the third, and Rawlins made some strong plays through the second half as they showed character to fight back.  The Academy held strong however to run out winners 117-42.  The U'17 Boys squad consists of student athletes who are brand new to the Academy alongside some Year 11 and Year 10s playing up, so we're excited to see where their development leads.
Final Score 117-42

Nottingham Academy U'19 (Year 12 and above) Men faced a tough challenge in the Cup against one of the Academy Basketball League (Midlands) top teams, Aston Manor Academy.  The first five minutes saw the teams trade basket for basket.  As the first half progressed Aston Manor turned up the pressure and the Academy failed to respond, turning the ball over and allowing easy baskets at the other end.  The Academy started the second half poorly, turning the ball over once again.  A fight back began to occur towards the end of the third as the Academy pulled back some points and started to compete at both ends.  The boys will have to go back to the drawing board and work on how to handle pressure before their next game against Aston.
Final Score 50-84