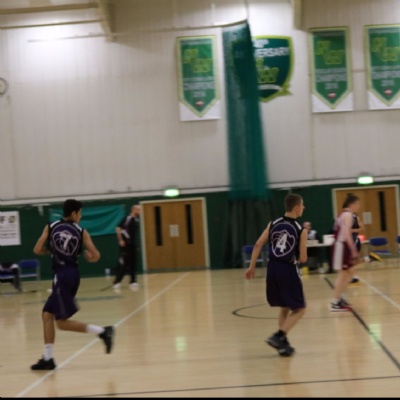 The Basketball academy continued it's busy period (just under 30 fixtures and events between November and Christmas!) with 3 fixtures last week

The U'19 women, a team which features year 10 and 11 girls as well as our 6th form student athletes, travelled to Hertfordshire to play Oaklands college in the WEABL.  A top 4 team last year, Oaklands will be in the conversation again this year their experience proved tough for the academy to handle as they went down 87 - 37.  The Academy still have a chance to progress to the top tier of the competition with a win against Lloreto college.

The U'19 men travelled to Aston to play Aston Manor, another team that will be looking to compete at the top of the division in the ABL.  Having lost by 30 in the cup the Academy players knew they were in for a real test, and a poor start left them with a large hill to climb.  They fought back in the second half however reducing Aston's lead and finishing the game 83 - 58.  The boys will be looking forward to improving this result in the third game of the season against Aston after Christmas.

The final game of the week saw the U'16 boys facing off against Bromsgrove school in the U'16 elite school competition.  The boys started well but failed to capitalise on their early lead, going into the half up by 5 points.  In the second half the boys started to really show what they are capable of, winning the final two quarters 18 - 6 and 25 - 10, finishing the game up 75 - 43.

Next week see's a number of fixtures for the Academy, and the following week sees us managing a number of local tournaments.